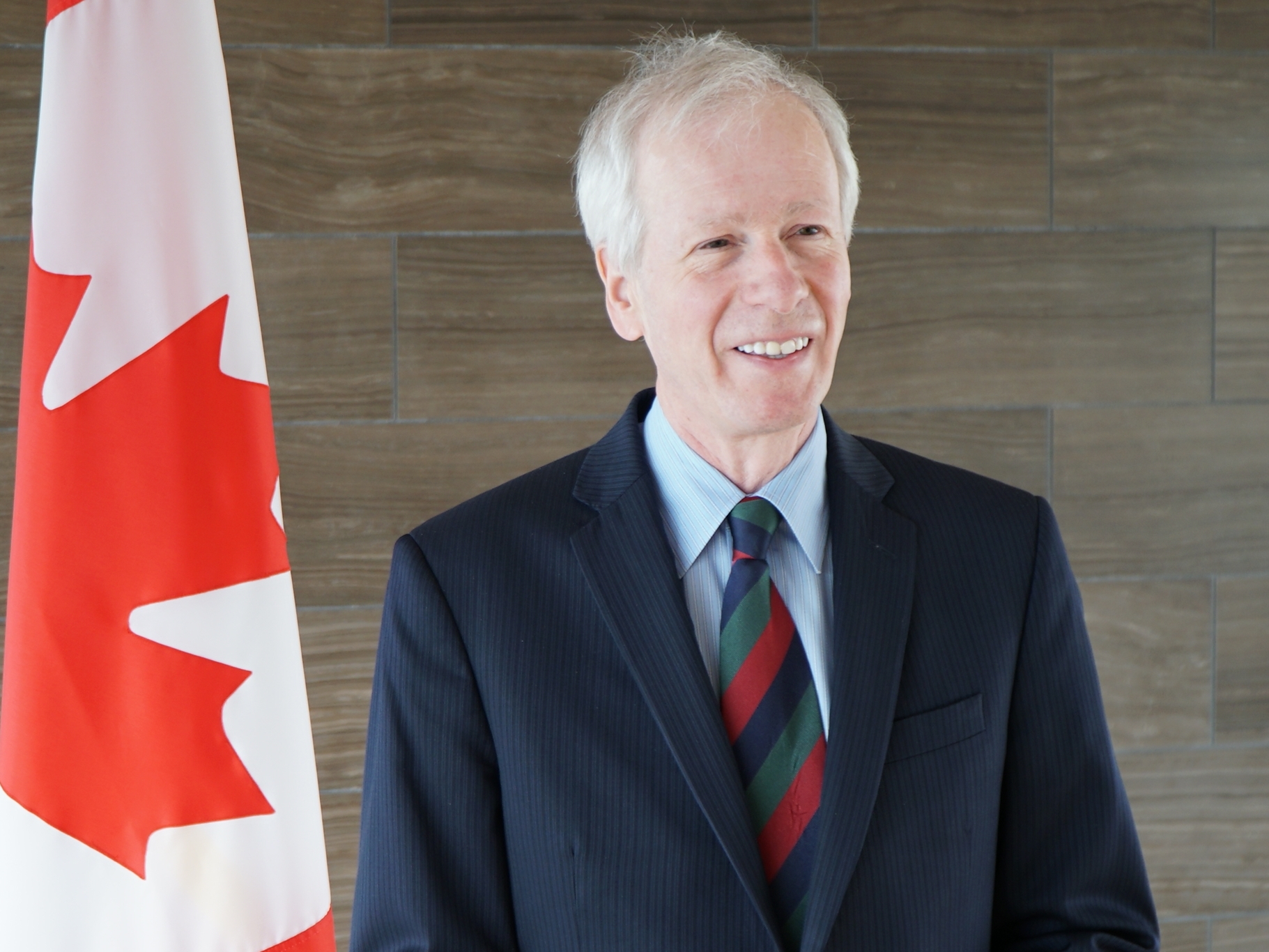 Prior to his appointment, M. Dion was Canada’s Minister of Foreign Affairs from November 2015 until January 2017, where he championed Canadian leadership in the world on crucial global interests including promotion of universal human rights, peace and stability efforts, the global climate challenge and Canada’s commitment to multilateralism.

He was previously Minister of the Environment from 2004 to 2005, when he secured what is praised as one of the greenest budgets in the history of Canada and, in 2005, chaired the United Nations Conference on Climate Change (COP11/MOP1) where he reconciled the diverging interests of member countries so that decisions could be taken to effectively implement the Kyoto Protocol.

Serving as Minister of Intergovernmental Affairs between 1996 and 2003, longer than any other Canadian since Confederation, he played a primary role promoting Canadian unity.

In 2006, Mr. Dion was elected as Leader of the Liberal Party of Canada and became Leader of the Official Opposition in the Canadian House of Commons, a position which he retained until 2008. M. Dion served as a Member of Parliament first in 1996 and was re-elected seven consecutive times.

Before entering politics, Stéphane Dion taught Political Science at Université de Moncton in 1984, then at Université de Montréal from 1984 to 1995. He has authored many scientific articles and books on Public Administration, Organizational Studies, Political Institutions and Environmental Policies. He also sat on the External Advisory Board of the Yale Climate and Energy Institute from 2011 until November 2015.

Born in Quebec City, Canada, he studied at Université Laval before obtaining a Doctorate in Sociology from the Institut d’études politiques in Paris, France. He was also awarded an Honorary Doctorate by the Carlos III University of Madrid.